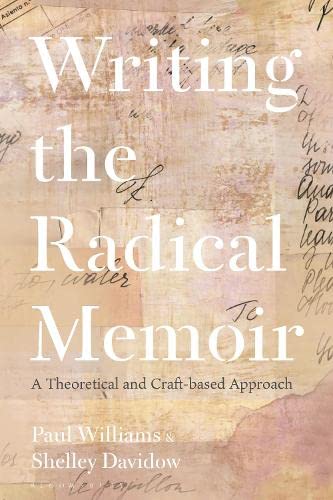 For those that have mastered the basics of memoir and wish to probe this brand of creative nonfiction further, Writing the Radical Memoir uses salient theories about memory and the self to challenge assumptions about how we remember and tell the truth of our lives when we write about it. Innovative in approach and making new critical ideas accessible, each chapter maps out the key principles of such writers as Barthes, Lacan, Derrida, Lewis Mehl-Madrona, Philippe Le Jeune and Joseph Campbell, invokes literary examples to show how other writers have mastered the idea before reflecting on how you can practically apply the theory to your writing.

By bringing together lived experience, post-structuralist and postmodernist theories, praxis and artistic vision as a unique approach to writing memoir, this book encourages you to think the self, how it is portrayed, created, erased and made strange through the process of writing and remembering. Read more… 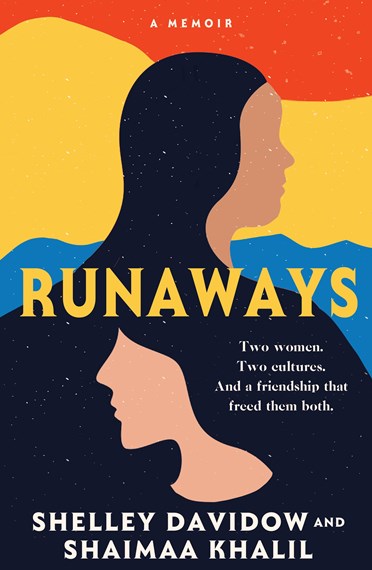 ‘We don’t choose where we’re born… and geography ends up being everything.’

Shaimaa Khalil and Shelley Davidow met twenty years ago in the Middle East when Shaimaa was Shelley’s student at the University of Qatar. Strangers in a strange land where patriarchal values are deeply entrenched, they immediately formed a deep and abiding bond.

Shelley saw Shaimaa as her ‘Rosetta Stone’, helping her decode a culture and world so foreign it appeared to be from another planet. Shaimaa saw Shelley and her apartment as her ‘Tardis’, a space where she could glimpse a world she dreamed of inhabiting.

Born a decade apart on opposite ends of the African continent – Shaimaa, an Arab Muslim from Egypt and Shelley an Ashkenazi Jew from South Africa – tell the story of a friendship that has defied historical, geographic and temporal boundaries, mapping the vast emotional and geographic territories they have travelled over the past two decades. In an exchange of words and memories, Shaimaa and Shelley recall what shaped them, what broke them, and how they made themselves whole again through their interwoven stories. Read more… 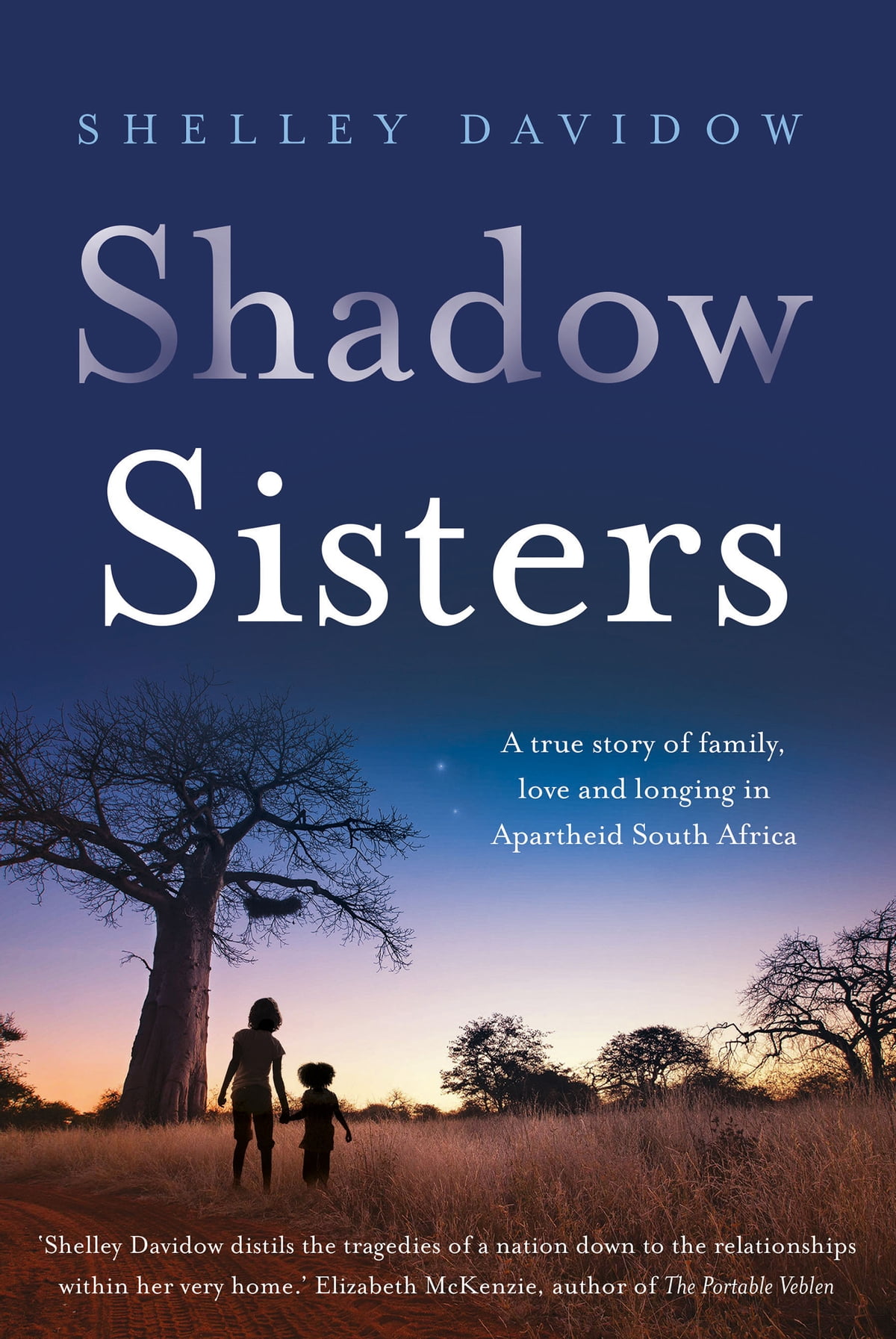 ‘Sometimes love is not enough.’

During the terrifying years of Apartheid in South Africa, Shelley Davidow’s family was a crime. At a time when it was illegal for black and white people to live together, Shelley’s social activist parents took in Rosie, an abandoned black three-year-old. Rosie grew up as a beloved daughter and sister in a white household.

Against the backdrop of racist laws and ever-present threats of violence, Shelley’s parents did all they could to provide a safe, happy home for their five children. But when Rosie was sixteen, devastating truths came to light, shattering the family’s understanding of the past.

In this haunting memoir, Shelley Davidow uncovers the memories of her early life, searching for truth and
reconciliation. Shadow Sisters leaves us with a deeper understanding of family love – but what if,  Read more…

Shadow Sisters is a powerful memoir of place: a young woman coming of age in a divided nation
on the verge of great upheaval. For a time they are one story, held together by the vast South African
landscape. Perceptive, tender, beautifully told.’
– Inga Simpson, author of Understory 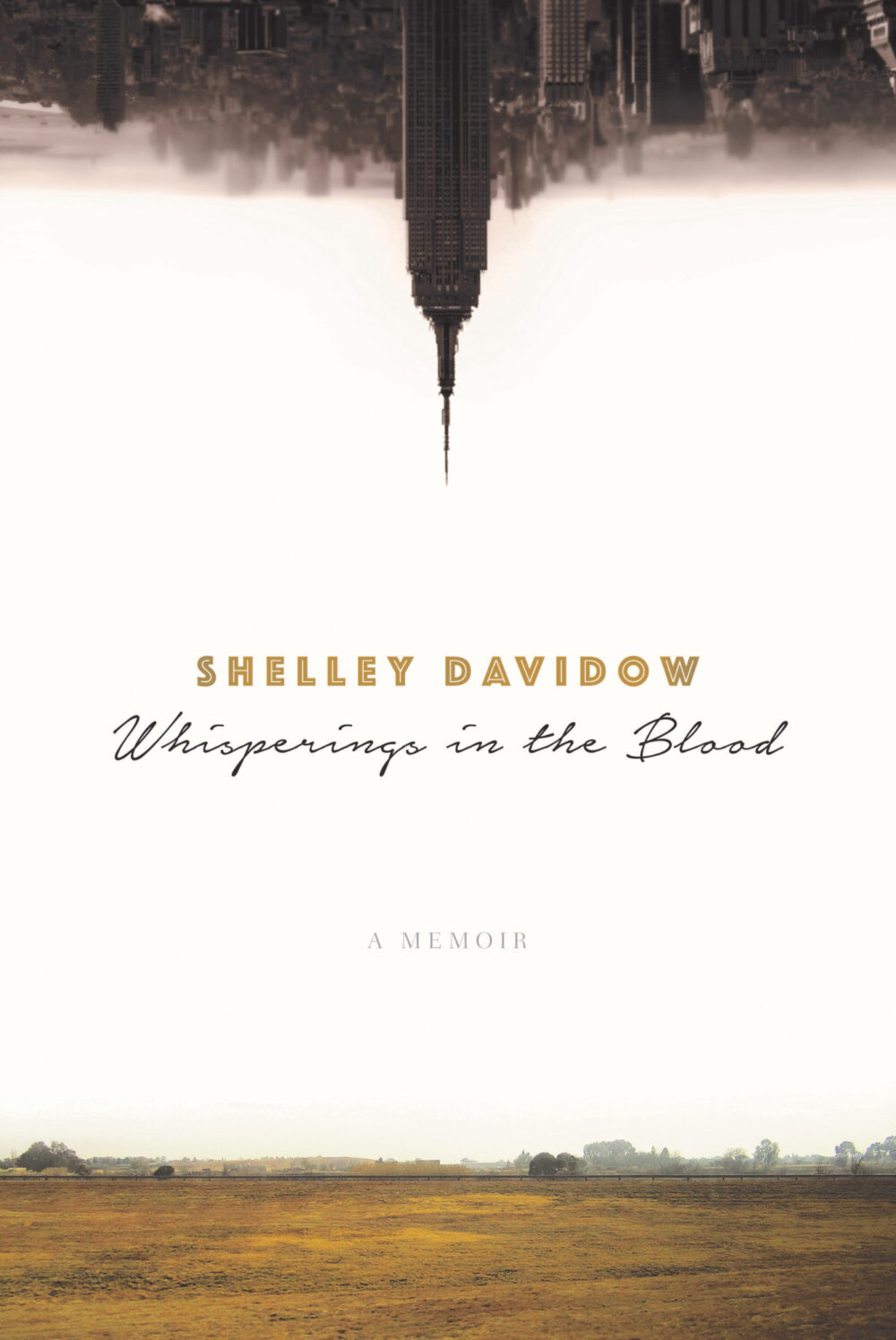 Whisperings in the Blood by Shelley Davidow
UQP (Paperback, 2016)

An exquisite, compelling story of courage, destiny and the search for home.

Lithuania,1913. Haunted by memories of the pogroms, Jacob Frank leaves his village in the hope of a better life, and boards a ship bound for New York. Twenty-five years later, his daughter Bertha sets sail for South Africa to marry a man she has never met, unaware of the tumult that lies ahead. In time, her granddaughter Shelley, following those very steps in reverse, flees the violence of apartheid to live in America, before at last finding home in Australia.

These immigrant voyages, repeated from one generation to the next, form the heart of this richly layered memoir. Drawing on her grandmother’s diary and letters,Shelley Davidow tells her family’s stories in vivid detail, recounting their experiences of love and loss alongside her own. As she learns about the past, Shelley discovers that her aspirations and fears, her dreams and nightmares, echo those of her forebears as ancestral whisperings in the blood.

Spanning four continents and one hundred years, this extraordinary book explores the heartache and emotional legacies of those who leave their homelands forever. Read more… 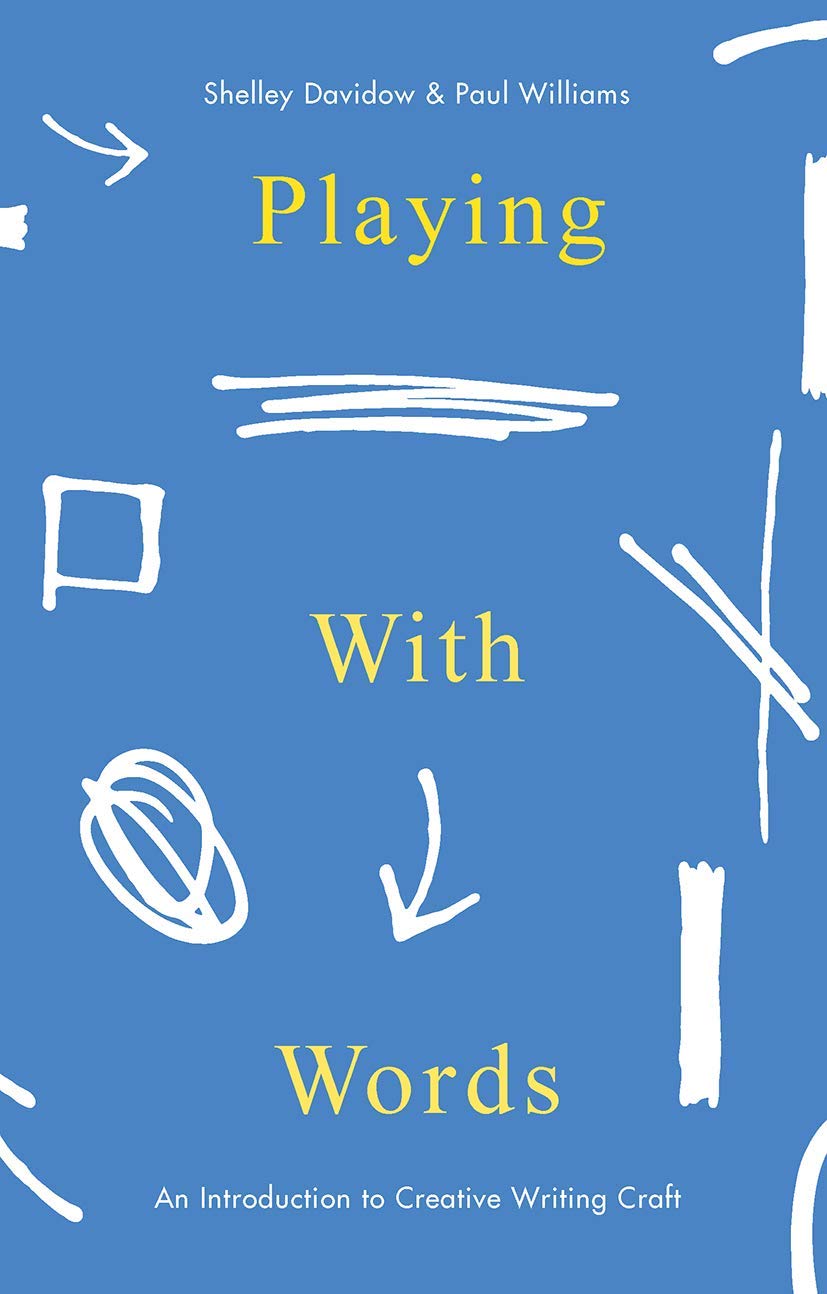 Drawing on years of experience of writing, teaching and publishing, this book offers essential tools for writers interested in honing their craft. Whether you’re a poet, non-fiction writer, novelist, journalist, student or simply a lover of words, it will take you on an exciting and challenging journey to becoming a sophisticated writer.

As in the learning of any true craft or art, first the focus is on specific skills, then on consolidating those skills, which by the end will be innate. Through a variety of exercises and freewriting prompts, Playing with Words will help you develop your writing, trying out new styles and approaches along the way. Use this book in a class, in a group, or alone in a writer’s attic. Read more…

‘For anyone interested in writing, in creativity, in storytelling, in language and expression, this wise and inspiring book is a must. Williams and Davidow have a profound understanding of the artistic process and craft of writing, and indeed, the writer’s heart. Playing with Words is bound to become a classic.’
– Elizabeth McKenzie, award-winning author of The Portable Veblen

‘As a teaching text, this book gets as close as possible to the actual processes that professional creative writers use. Williams and Davidow interpret the writer’s knowledge for use in the classroom in highly effective ways. It is masterclass thinking made available to all.’
– Nigel Krauth, Griffith University, Australia 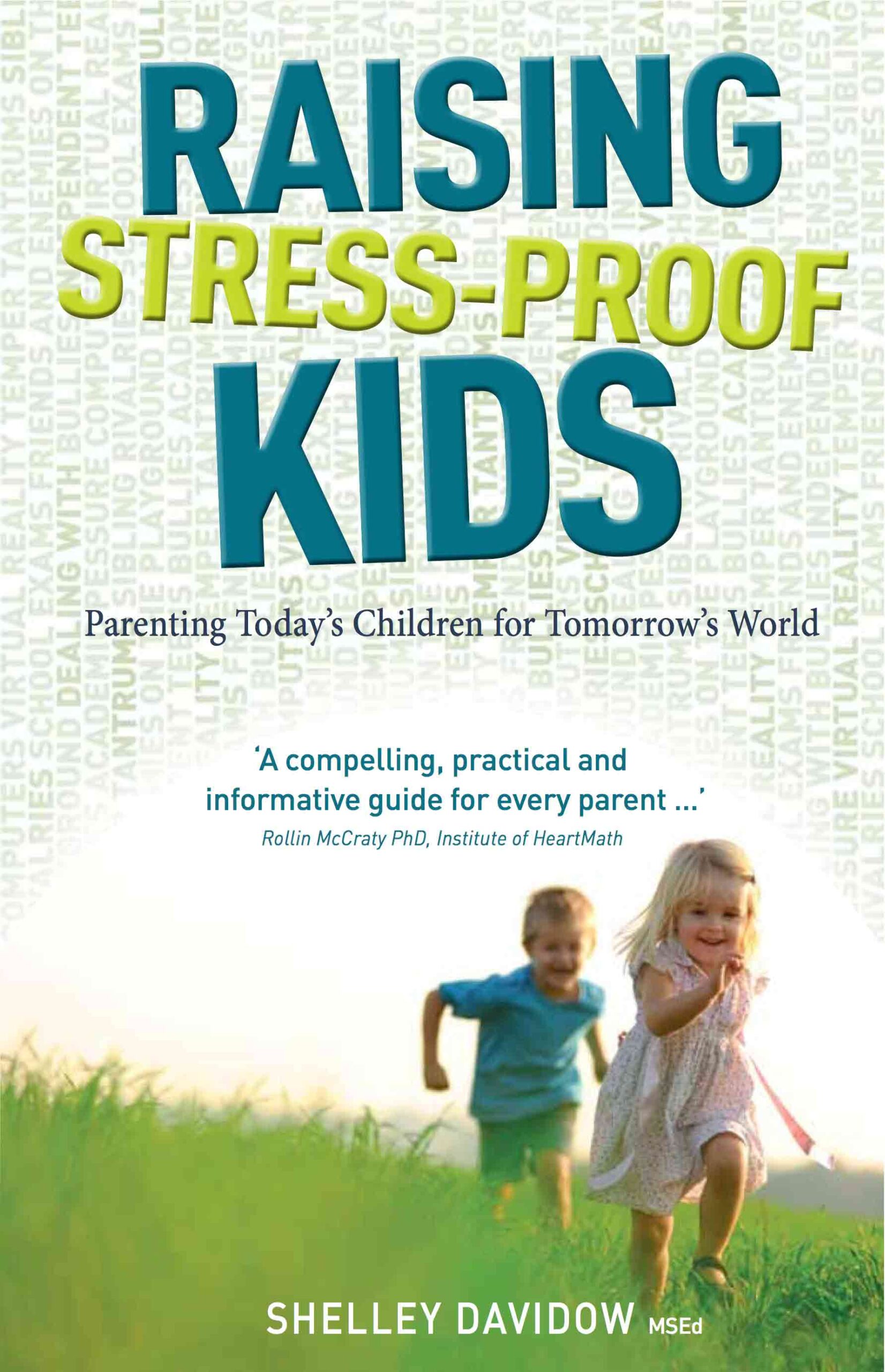 Stress is rising alarmingly in our children, both at school and at home. Across the world, hearts are racing, faces are pale — and most of the time we’re unaware that many of our children are chronically stressed.

Drawing on cutting-edge research from the Institute of HeartMath, California, as well as Shelley Davidow’s extensive experience in working with children and teens, Raising Stress-Proof Kids explores the powerful and potentially long-term effects of stress on our children. Most importantly, it offers simple but effective steps that parents can take to minimise the impact of stress at home and at school. A must-read for every parent who wants to raise smart, emotionally stable, responsible, stress-proof kids! Read more… 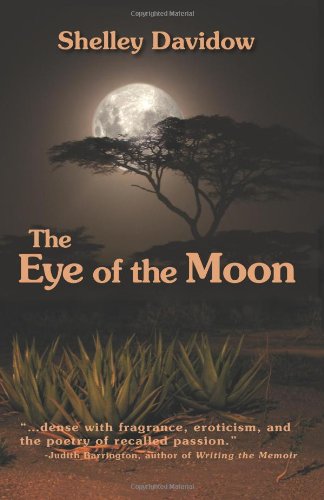 The Eye of the Moon by Shelley Davidow
Rainy Nights Press (Paperback, 2007)

The Eye of the Moon is at once an exploration of love, identity and heartbreak against the backdrop of the changing political face of southern Africa, and a critique of life in North America through the eyes of a young immigrant. It is a poetic memoir about loving and forgiving – men, and women, and continents. It is ultimately also about the undoing of cliches and fixed perceptions of the world. Read more…

“Daring. Courageous. Brilliant. Beautiful. Scrupulously truthful. The Eye of the Moon is unlike anything I’ve ever read, and so astonishingly good I don’t think I’ll ever forget it.”
– Molly Gloss, author of The Jump-Off Creek, The Dazzle of Day, & Wild Life. 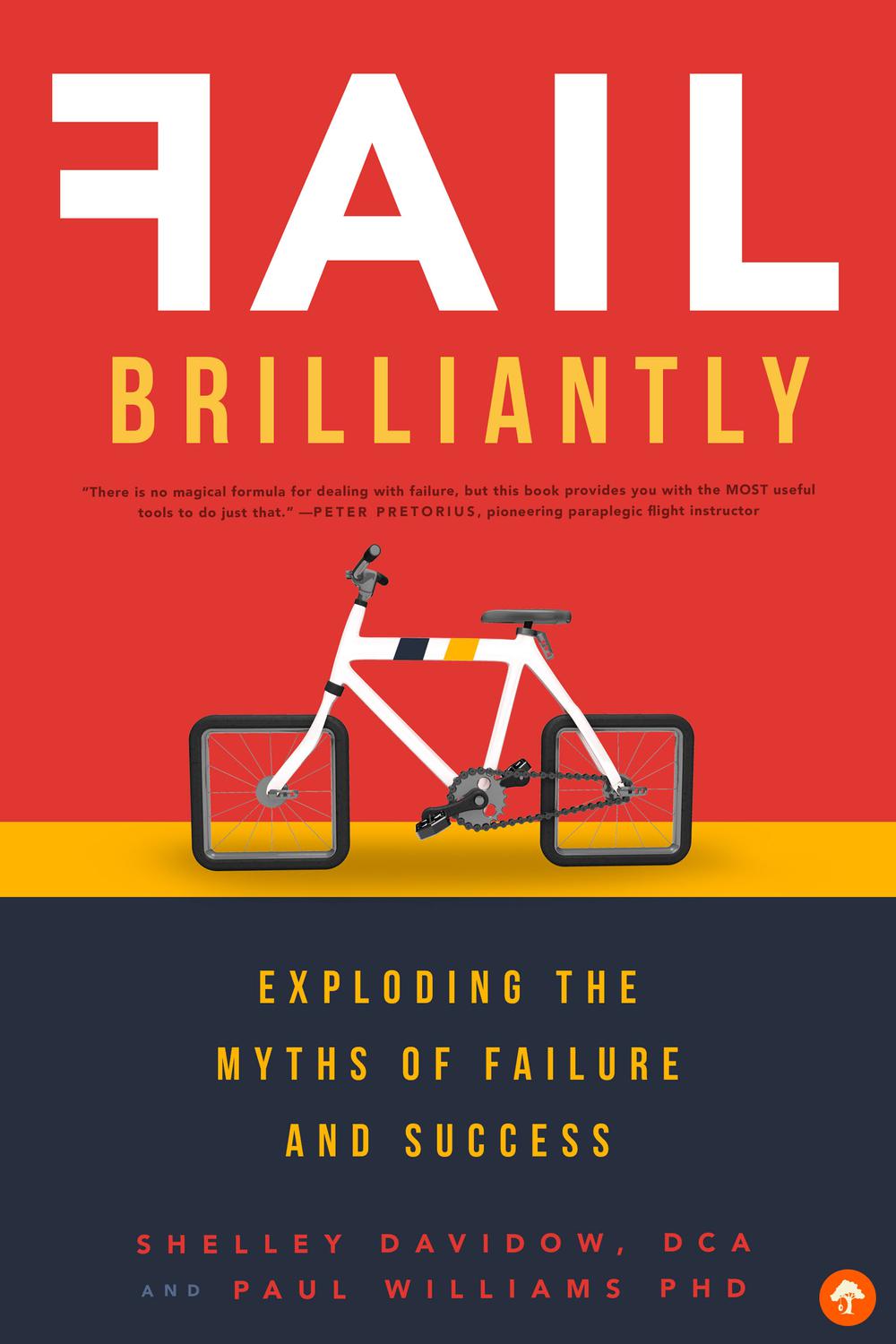 We all spend much of our lives trying to cope with this thing we call ‘failure’, and yet failure is an integral part of everyday life. Fail Brilliantly proposes a radical shift in the way we think about failure: erase the word and concept of failure from the realms of education and human endeavors and replace it with new words and concepts that serve us more efficiently. This shift in position has the potential to transform our lives and ultimately reshape our definition of success! Read more…

​”If we are lucky, complete and utter failure is part of a life well-lived. We dream big, we live big, we fail . . . sometimes spectacularly. Davidow and Williams remind us that it is not the falling but the rising that makes the journey. Triumph can be born of tragedy. Disappointment may breed wisdom and grace. A must-read for anyone trying to bloom where they have fallen.”
– Annmarie Kelly-Harbaugh, author of Here Be Dragons: A Parent’s Guide to Rediscovering Purpose, Adventure, and the Unfathomable Joy of the Journey.